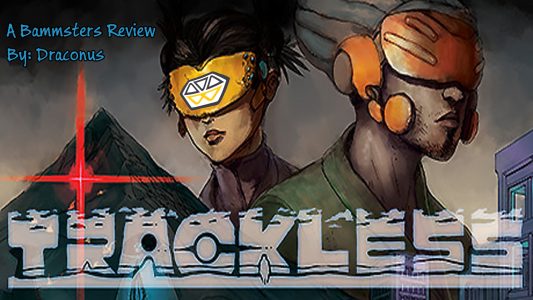 Per the description Trackless, by 12 East Games, is an atmospheric first-person exploration and puzzle game set in a distant future and was inspired by games like Zork or King’s Quest where you interacted with characters and objects by typing in text to the game to perform actions.

You start the game as a character called a Seeker, a person that is on a journey to learn about some mysterious thing called “The Object”. Exploration and completing different tasks earns you points that can later be used to purchase upgrades for your phone, which is your constant companion in this journey and keeps track of the tasks you need to perform to complete each area, though some of these tasks are optional.

I feel as if I should add a disclaimer here: This isn’t the typical type of game you’ll see me play or review but I still wanted to give it a fair shot.

Starting out the game literally drops you into a train car with no direction or introduction at all and as someone new to the game without any background information as to what it was or how I should play it I spent several minutes just figuring out how to interact with the game and the world I was in. The controls themselves thankfully aren’t overly complicated, you use WASD to move around and right-click to interact with objects 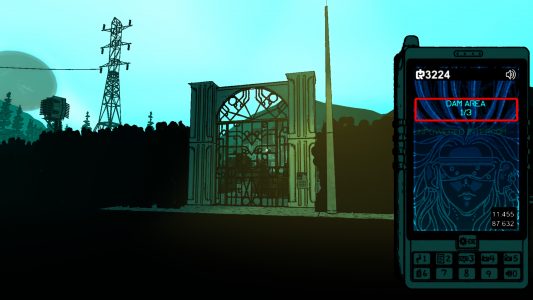 The other interesting, and at times frustrating mechanic, is when you’re given the opportunity to type in a verb, e.g. to raise the water level, I was stuck at first because I kept trying things like “push”, “switch”, or “turn” thinking I needed a verb to tell the character how to interact with the control box rather than one to tell them the end task I was trying to accomplish with that control box.
I did see somewhere in the game that at times more than one verb would allow you to complete a task but that certain verbs would grant you more points than others, I would have liked to have seen the vocabulary increased to include additional words for some of those tasks that I felt made sense even if they didn’t net you many points.

The visuals are fairly simple and are 2-dimensional even though you’re wandering around in a 3-dimensional world and the character cut-outs that you interact with twist or turn at all times so that wherever you are in relation to them they are always facing you (aka, “Billboarding”). 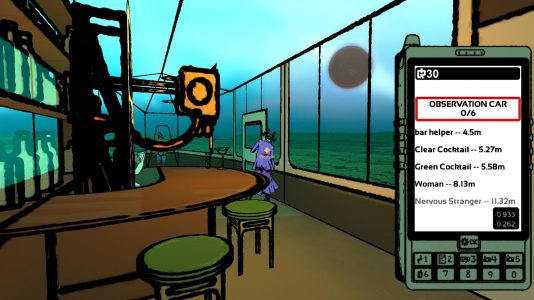 The character designs reminded me of something you might see in the Cyberpunk 2020 tabletop RPG manuals. Though I didn’t see any information about this title going to VR, visually it seemed as if it could work with those platforms pretty well. The story itself creates a mysterious and intriguing journey and the music lends very well to the atmosphere and the story.

The other two things I felt worth mentioning are the cellphone, which is your constant companion that keeps track of the tasks available in each area and is from time to time used to send messages back and forth to some of the other NPCs, and the Save Game feature which you activate by standing on certain platforms in the game.  Fail to find and save your game means you could end up all the way back at the beginning, but these are fairly easy to find and spread out through the game. Activating it to save your game is as simple as walking up to it and standing on it briefly which you’ll then get a notification of the save.

Note: Bammsters score different parts of the game on a 1-10 scale, with 4-6 being the average.

Design:  6
The design for this title is 2-dimensional and pretty basic and yet still helps to create an interesting and at times mysterious atmosphere.  The music was really well done and was a nice compliment to the art and story.

Challenge:  3
Though there were moments of frustration at times trying to find the right verb to get something to work so I could complete a task to move on, I didn’t feel as if the game itself was all that challenging.

Fun:  4
As mentioned above, this isn’t the type of game I typically play, but it did provide an interesting distraction from the stuff I usually delve into.

Replay:  3
I don’t see much reason to play the game again once you’ve finished.