Ever wanted to play as a gardener tending to their gardens using little critters that you smash against walls and throw at exploding plants? If so, then Terrorarium, a little puzzler and level creator from Stitch Games, might be for you!

An Early-Access build of Terrorarium was played on Windows, and a review-key was kindly provided by Stich Games and Evolve. 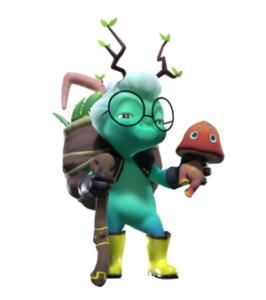 Terrorarium is a cute little puzzle game where you solve things by walking around a map and using your critters, known as Moogu, to help you manipulate the environment. These Moogu come in a variety of types, and the idea is that you will want to use the right type to deal with each obstacle you encounter – a log in the way? Use Spicy Moogu to light it on fire. Flamethrower blocking the path? Thick Moogu’s special ability is to make a temporary wall that blocks stuff.

You and the Moogu are also vulnerable to different things. They drown in water and are killed by monsters, while you will die if walking into a field of spikes. This way, navigating the map is also about making sure everyone stays where they are safe, e.g. by hurling the little blobs over a wall. 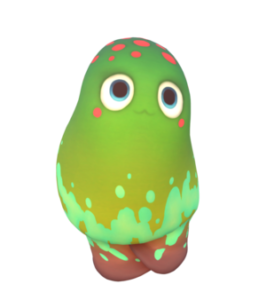 Should you lose some Moogu, fear not! They are necrophilic and the survivors will soon enough try to use their fallen friends to make more Moogu. Yup, as long as there is a corpse left by whatever killed your little helpers, you can replenish your ranks easily enough. Just don’t go overboard; Get to 100 Moogu, and it’s game over, so in a few cases you may want to sacrifice a few or keep their tendencies in check.

Unfortunately, the Moogu mechanics is also where the game in its current Early Access state is a bit of a let-down. There’s right now 4 types of Moogu, with different characteristics and special abilities, but you can make it through the built-in 20-odd current levels using just the fiery Spicy Moogu to light stuff on fire and the Gassy Moogu that let you get airborne. Rest doesn’t really matter as you can either walk past hostiles and breed back any losses or lop them past the problems. In a few cases, you can even just cheese your way onto the ledge of the map, and walk over to the exit. 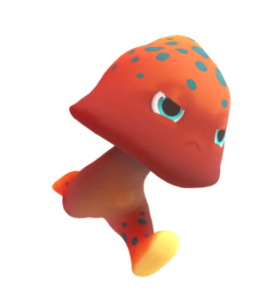 Part of this may be down to level design. An easy 2/3s of the levels feel like they are just about introducing basic mechanics, something that could be condensed down to perhaps half the levels for release, and rest feels a bit messy. There are 3 or 4 good levels, inserted seemingly at random, but the majority aren’t giving a good impression, and there’s no lore or story bits presented outside of a handful of interstitials explaining what is going on.

Helping alleviate the level design problem is the Level Creator, where you can create your own maps, also known as Terrorariums, or download other people’s creations. This appears to be the focus of the Early Access builds and is fairly fleshed out with lots of placeables and several base-maps. Choose a map layout, add obstacles, creatures, and puzzles, and test your Terrorarium right there. When happy, share it with the world via Steam’s mod-system. Using Steam’s solution here makes sense, but I’ll have to admit I’ve never been enamoured with it here or in other games.

The Level Creator is also not a flawless experience, but that’s to be expected for an Early Access game. It is, presently, the part of Terrorarium that most interesting, and the bit that would be worth getting the game for if you’re into building levels and making puzzles. Sure it needs polishing, and the UI needs work, it is Early Access after all, but there’s a capable level builder here and with time I’d expect to see some nice challenging Terrorariums to abuse your Moogu in.

It’s always difficult to judge games at this stage, hence why we often don’t score Early Access games, and Terrorarium is no exception. If you like building and exchanging maps, go for it, the game is definitely worth it at the quaint price of €8.19, but as a puzzler there’s more work to be done and mechanics needing tightening. That said, I enjoyed my time with it, especially cheesing levels.