This review is co-published with WorldOfDex, courtesy of Rene ‘Dex’ Dirks, and is based on a purchased copy of the game 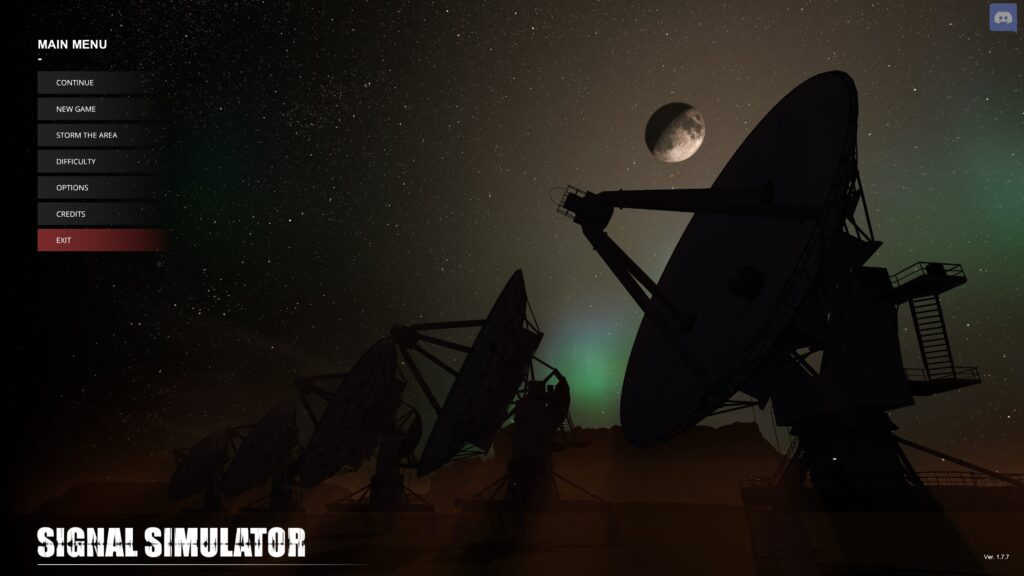 I found this game thanks to IGP, a youtube personality playing oddball games, and it was a lucky find, one would say. In Signal Simulator, you are playing a lonely SETI-Scientist, tasked to search for signals from space in an area not unlike the VLA in New Mexico, decode them and maybe even discover alien life.

For this, you have a lot of useful tools at hand, from a space rover to multiple different mathematical computers, a laptop, strange phenomenae and hidden secrets, requiring you to use your brain, for both math and logic. There is a lot to discover, some things are even bound to the (real, actual) time you’re playing the game at. 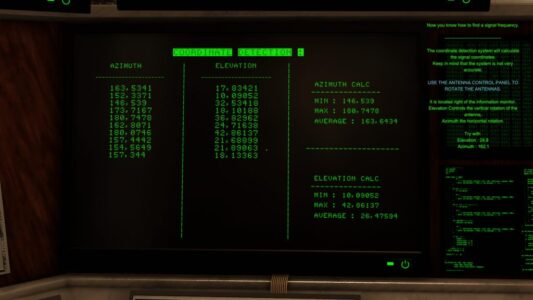 Signal Simulator has been developed by a single person, getting help from his community occasionally. The developer shows clear humour and a sense for actual happenings, for example adding a „Storm the Area“ mode, where Aliens running Naruto Style try to invade your base, or a second car being the slightly smashed Tesla Cybertruck.

The game however is a niche game; It is an „Experience“ more than an actual Game. I recommend playing it at evenings or night with minimum lights on and, after a short while, you won’t feel alone anymore. Excellent sound design will cause you to get goosebumps, and in some cases you might have a slight feeling of unease creeping into your subconsciousness

Of course, Signal Simulator is a more relaxed, slower-paced game and maybe you won’t progress as much as you hoped to in a single session. But this should be part of your thoughts, hence the „Simulator“ in the title and the closeness to actual SETI-Research. It is not specifically horror and you won’t be shocked by cheap jumpscares, but, at least I had this slightly positive thrill of being uneased – A feeling that I last felt playing „The Forest“ for the first few hours.

Conclusion
Signal Simulator oozes potential, has many chances to grow despite being a nice game and causes a feeling that I’d compare to your first steps into „The Forest“

Dex is a contributing writer for Bammsters, co-publishing reviews and previews in English here and on WorldOfDex.de in German.