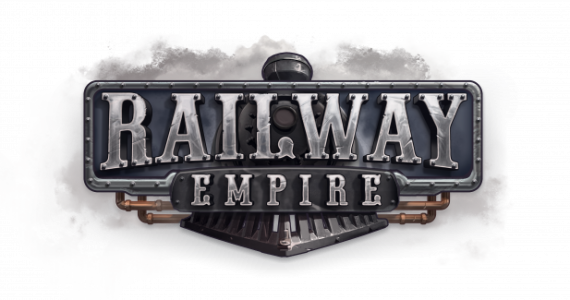 As a kid, I really wanted a LEGO train-set, but never got one, so now as an adult I’m compensating by spending far too much time playing railroad sims.

Railway Empire is available on Steam and Playstation 4 and review keys were kindly provided by Kalypso Media and Gaming Minds Studios.
The game was played on a Playstation 4.

Every time a new party steps up to the table of all the original sim and tycoon games, parts of the gaming community holds their breath in anticipation: Is it someone trying to cash in, or are they bringing something new to the table?
Gaming Minds Studios have made a bit of a name of themselves of stepping up, and bringing the genres forward bit-by-bit, and with Railway Empire, they continue this trend.

Railroad sims, or “tycoons”, is all about building an empire by putting down railroad tracks, building stations, and having little trains drive around making monies for you. Upgrade things, research new and historically accurate trains, and speed up everything until there’s too much going on and you’re several days past your bedtime. 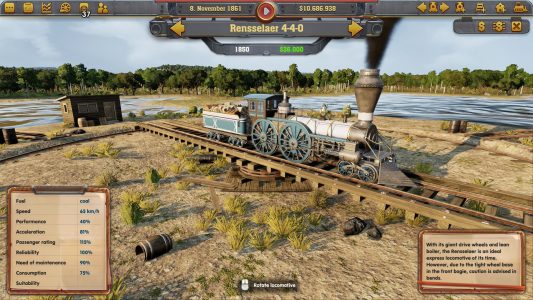 Stylistically comparable to 2006’s Sid Meiers’ Railroads, the most-recent entry in the Railroad Tycoon series, and using many of the same mechanics, the first thing you notice is that they basically moved the whole thing forward a generation, giving you a more modern game.

Everything is bigger. Yes, a decade later we have more RAM and whatnut, and finally a decent sized map. That said, I hope there’s plans for even larger, more involved maps, just to let us play a single game for ages!

The in-game research tree is also a nice addition/re-introduction, with “Research Points” you can allocate towards different components, new trains or just social effects. A gatekeeping mechanism is thereto keep you from using a bullet-train in 1870s America. Unfortunately, the research-elements seem mostly to be based around either extra locomotive power, or higher ticket/cargo fees, and more variation could have made this more interesting.

The campaign and opponents are also a good step forward, telling the story of the railroads being built in the US in the 1800s, with a fair bit of history included, and little quips from the various characters. Not overly new, but polished and a nice addition for anyone either interested in history, or just not too well-versed in the particulars. Slight annoyance, though, when the various characters repeat the same sentence for the 10th time in a row.

One final bullet point that sets it apart from the older games in its genre is the Ride-Along, where you get to, well, ride along on the train. It’s not ground breaking, in that this has been a part of non-tycoon’y train-sims, and while it’s a nice feature that I’ve spent far too much time with, the graphical quality of the PS4 version pulls it down in value. 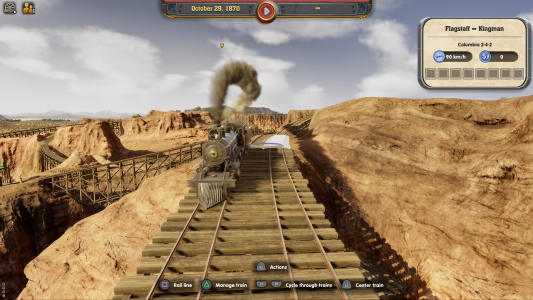 The game is out on Windows PC, Playstation 4, and Xbox One and as mentioned earlier, I played it on the PS4. Similar to how Civilization Revolution on the previous generation of console went a more arcadey route, Empires sort-of do too. The visuals are cartoony, and the UI/UX elements are kept relatively simple for use with a controller, but depth is still there when setting up routes, warehouses, track-signalling etc. There are cases when this fails a bit, and I’ve still not quite figured out how to change what a given train should do at a given stop, in terms of prioritizing cargo and track. As a result, I’ve hauled far too much lumber and grains, and not enough coal, as well as having multiple trains all wait to use the same track, when there’s another, open track.

The controls also feel sluggish, like there’s up-to a few 10ths of a second delay on input. Particularly around the Action Wheel (R2 on PS4), you have to hold down X a bit longer to actually activate an Action, which at times frustrated me to no ends and at least once simply resulted in me shutting down the console and walking away.

Tooltips in the map also seems to be getting in the way of interacting with objects, but it’s not clear whether this is due to limitations in the console setup, or on purpose.

Gap in the network?

Railway Empire covers a lot of the basics you’d expect, and makes an excellent single-player game, but it does come up short in certain areas. One that’s perhaps not high up on most people’s list is multiplayer gaming – it’s very much a single-player experience, and according to the publisher there’s no plans for multiplayer.

Another omission that’s quickly apparent, is how it focuses solely on America 1830 through 1930. There’s no Stephenson’s Rocket and railroads of Britain, nor mainland Europe with 1820s Belgium and into the rest of territory, or late 1800s India. There’s so much to the history of the railroads, that are frankly missing, that the game feels incomplete.

Modding is supposedly a thing, though this will likely be a Windows-only feature, judging from other games’ attempts at this on consoles. Especially Sony Playstation’s people are somewhat opposed to this concept, so if you’re a peasant, don’t hold your breath

Design: 7
Mechanically the game works, and works well, the visual style is cute but not overwhelmingly so, and the music fits the themes of the game. There are issues with UI/UX, e.g. trying to read city-names if you sit on a sofa a bit away from a TV. It feels as if the console version wasn’t tested in earnest.

Challenge: 9
Oh, there’s challenges alright. At the time of reviewing this, no-one has successfully completed the 4th Campaign mission, though that might be because it’s about using pre-built rails to transport goods, instead of building your own.
There’s an option to play on an easy level, with less routing headaches, making the game a bit more casual, which I think is good.

Fun: 8
Are railroads …. Fun? It’s entertaining, if your into trains and logistics, and tinkering with layouts, reading historical tidbits, and learning about trains. So, yes.

Longevity: 7
It’s easy to spend FAR too much time on this sort of game, but the omission of anything outside of historical USA does put a hard limit on things. Pausing is also punished in-game, so you end up not wanting to fiddle and analyse your rails too much.

Price: 6
At 49.99 GBP on PSN, or 49.99 Euro on Steam, the game is pretty much a full-priced game, but with only 1 territory, no multiplayer, less than optimal UI/UX (notably on console), graphics that doesn’t look AAA etc, it’s hard to justify it to any but ardent fans of the genre.