It’s been a week of gaming projects, as we look at the news out of R*’s Red Dead Redemption 2, and Project Nova’s big coming-out party in Vegas. Special Guest this week is Pierre Leclerc from 6 Eyes Studio, here to talk about their Tactical RPG, Fell Seal: Arbiter’s Mark. 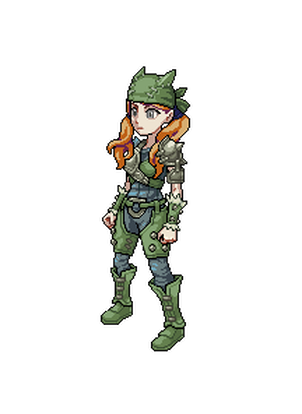 Lead Programmer on 6 Eyes Studio’s Fell Seal: Arbiter’s Mark, Pierre is with us to talk about the game, Early Access and their upcoming release in 2019.
Fell Seal: Arbiter’s Mark is a tactical RPG much in the vein of great classics like Final Fantasy Tactics and Tactics Ogre. It features fully hand-drawn environments and sprites, in a 2D isometric perspective, as well as an original score by Jan Morgenstern, composer for Black Sigil: Blade of Exiled.
6 Eyes Studio is an independent game studio established in 2015 by the happily-married couple Pierre Leclerc (programmer) and Christina Leclerc (pixel artist).
The game is in Early Access on Steam, and there’s a demo available on Game Jolt, itch.io, and Indiexpo.

You can catch this episode on YouTube, along with footage from Fell Seal, and from Strange Brigade.
Hit play below, or subscribe via Android, iTunes, or your favourite podcast client.

EVE:Vegas, Fell Seal, Project Nova, Rockstar Games
This website uses both 1st and 3rd party cookies.
For more details on this, and how we handle your data, please refer to our Privacy Policy, and those of 3rd parties.