We have Richard Cobbett of the Nighthawks kickstarter on the show, but just as importantly, Dani is back! It’s also been a week of people reflecting on the news of Telltale Games, and Drac and Bamm look back at it.

00:09 – Bamm and Drac talk about Telltale Games’s situation and past games.

07:58 – Nighthawks Kickstarter campaign.
Fans of Vampires, RPGs, and excellent story-telling, Nighthawks might just be the game for you!
Richard Cobbett, the lead developer and writer behind Nighthawks joins us for a talk about the game, kickstarter campaigns, and some of Richard’s past work.
As a special treat for everyone, Dani is back, this time as a special Guest Host for the interview. 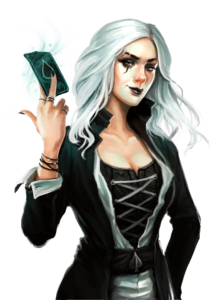 You can listen to the episode below, or catch it on YouTube here, along with some War In The North footage and a brief look at the Nighthawk demo.

Nighthawks, Telltale Games
This website uses both 1st and 3rd party cookies.
For more details on this, and how we handle your data, please refer to our Privacy Policy, and those of 3rd parties.