Developed by Overkill Studios (in case you missed that in the title of the game), Overkill’s The Walking Dead is supposed to be set in the post apocalyptic universe created by Robert Kirkman for the comics and TV series, only this time you’ll be in and around the DC area. Overkill is most notably known for developing the Payday FPS games where you play on a team of criminals attempting to rob a bank and get past the “Coppers” to get away with your score. I sat down with a friend who was also very excited to get his hands on this and play it and we were looking forward to playing through the story campaign together but after playing the beta for a bit this weekend we’re now holding off on purchasing the game for a while to see if things get better. 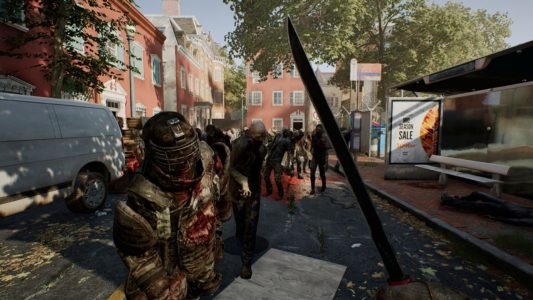 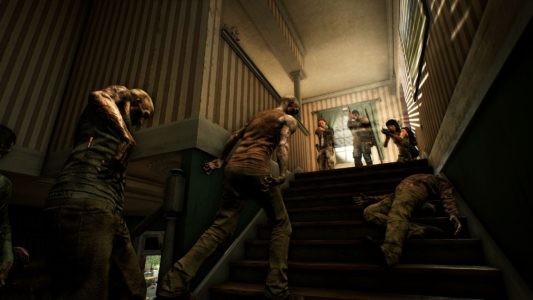 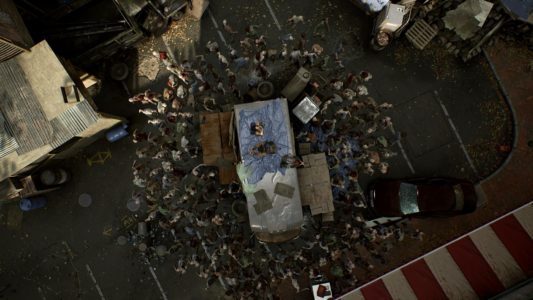 I liked them having zombies in SWAT gear that were harder to kill as it added a nice little additional challenge to the encounters. Bloaters that explode when shot and make it impossible to see for a short period of time felt a bit “outside the lore” but I probably would have been ok with them if the melee system wasn’t so bad. Between the crappy way that melee and “finishing” kills are implemented it just doesn’t feel like a Walking Dead experience to me.

I read a little about weapon degradation and how it is implemented in the game. It made me think of Morgan, I mean Morgan has been using the same walking stick for how many seasons now? So if I’m playing in this same universe why don’t my items last like that? Don’t get me wrong, I’d be ok with some things breaking down but certainly not every weapon. To be fair, I’m not a big fan of those systems in games anyway. I feel like devs often implement them on weapons what shouldn’t have it (like a crowbar that breaks after “x” number of strikes) or ramp up the degradation far beyond anything logical in order to artificially increase the difficulty or grind to a game. I would have been ok with the occasional time a weapon gets stuck in a zombie and you have to either take a second to pull it out or just abandon it till you clear the area out and then go back and pick it up.

Now of course some of the…we’ll call them “challenges”, I mentioned above may be mitigated by having a full team of 4 people and being higher level but I feel like the game itself still needs some more polish and melee combat needs some serious adjusting before it would be enjoyable enough to spend the full price tag on.

Yes this is a beta and not the final release version, likely not even the latest beta version they’re working off internally, but that means something different nowadays than it used to. Betas today are now more often about advertising or stress testing servers for player load than working out bugs in a game or testing gameplay mechanics, especially if it is an open beta this close to launch of the title.

I can’t recommend this game at launch to players but if you’re still interested in checking it out I highly recommend watching streams of it before purchasing and reading a few other reviews as well to help you decide before buying.