Hello and welcome to the Bammsters channel I am PFC Calico and today I will talk about last week’s Fallout 76 B.E.T.A.

To give you an idea about what my point of view is, Fallout 1 was one of three games I first played as a kid. After that I was hooked and have played fallout ever since. I initially hated Fallout 4 for its broad sweeping changes from the classic formula of New Vegas and the older Fallouts. Eventually I liked the game for its own merit and have over 1600 hours of play time on steam. Enough reminiscing, on with the show!

A Change of Scenery

The first thing I noticed was the change of scenery and its drastic differences from previous instalments of the series. 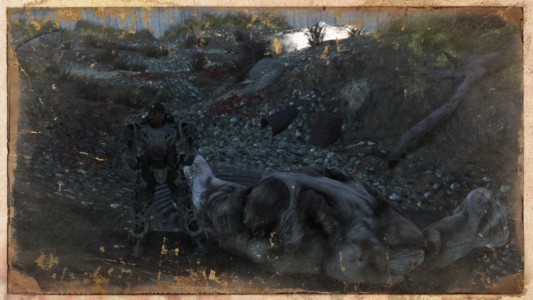 I love the autumnal colour palette presented in the environment, from vistas of gold, red and green in the forested areas of the world to the stark, hellish fire ridden Ash Heap.

The setting lends itself to the potential storyline, where I have followed the Overseer around the map and become a Fire Breather and the Scorched have been highlighted as serious components of the story.

Part of this story points to numerous disappearances around the game world. This then nicely explains the lack of human NPCs around the world and is a nice touch by Bethesda to ensure that the reason for no human NPCs is not a trivial or story breaking one.

This lack of human NPCs creates a sense of loneliness once you move further from the initial starting zone. This loneliness does get broken due to the proximity voice chat, other than that the feeling pervaded during my solo play. 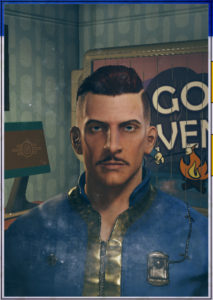 As I progressed through the game I came across a pleasing variety of critters, enemies, resources and quests. I came across all sorts of molerats, radroaches, dogs, fireflies, beavers, tics and I have watched streamers engage with other creatures.

The enemies are also varied to the same extent or more, I have so far engaged with scorched, supermutants, ghouls, snallyghasters, Grafton monsters, mole miners, liberators and those are just the more common enemies. My only gripes with the enemies are that for the non-beast types, the AI is a little dumb in comparison to Fallout 4. This is noticeable particularly with the Super Mutants and Scorched as they swam you shooting all the way and very rarely taking cover or doing anything to make them more challenging. You can’t even take cover to help mitigate this bum-rushing effect like you could in Fallout 4.

My other gripe with NPCs lays directly with traders. I came across a travelling trader who didn’t do equivalent exchange, so to buy something I had to sell something for caps he didn’t even have. Couple this with the fact that the number of caps is not instanced to players individually means a player can clean out a trader, making them unusable to any other player for an unknown amount of time.

On to something more pleasant, the variety and frequency of quests was good and not to the extent a certain Minuteman gave us in Fallout 4. They are thematic to the area and provide a short distraction with some decent rewards.

However, this frequency also means an overabundance of loot which means in the early game weapons, armour and crafting materials are a non-concern, trivialising the gaming experience, at least in the early game. An example of this would be the government requisition holo-tapes and the fact I have around 8 of them still unused. The ones I did get gave me upgraded, level appropriate gear that would otherwise been hard to come-by. I ended up one shot killing enemies because of this.

…and then Building & Crafting

This overabundance of supplies did mean I could toy around with build mode and this has changed little since Fallout 4. The UI is intuitive and easy to navigate which offsets the biggest problem presented to prospective builders. That problem is, anything more involved than a basic shack with some simple furniture requires a plans to unlock. 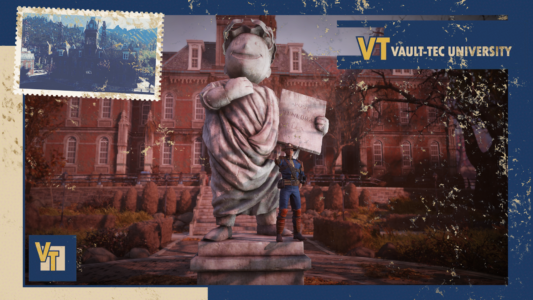 To get the required resources however, is far easier as any workbench will allow you to break down weapons, armour and junk into their constituent parts. I really love the Scrap All function of the workbenches. The variety of resources is no different from Fallout 4 but there is a myriad of ways to gain them. For example, to gather wood you can either scrap weapons and armour, harvest fallen tree trunks in the forest, wood piles near lived in areas and lumber mills that have wood on trailers.

All the resources then fed into a clean crafting system. One where the damage and protection of weapons and armour scale with the level of the player. So, if you love the hunting rifle then you can craft level 1, 5, 10 etc rifles ensuring that your favourite type of weapon continues to be viable into the mid game and maybe the end game. Another improvement is the ability to bundle resources of the same type into bulk versions, there-by reducing the amount of space taken up by them.

This is especially important when the absolute storage limit is only 400lb at the camp (currently inclusive of the 150lb of your stash) and whatever your character can haul unencumbered. However, the stash can be accessed at your camp as well as at most traders and some red rocket stations.

After all this questing, killing, looting and crafting you are bound to level up. This is different from previous iterations and tries to make the player consider their build every time they buy a perk card. When you level you will start all S.P.E.C.I.A.L. points at 1 and can increase them to a maximum of 15 each but you will only attain a total of 49 points in the game. This means that unlike Fallout 4 where you can pick any perk you like if you have the S.P.E.C.I.A.L. requirements, you now need to create your build on the fly with random cards. The card system would be fine, good even, if there was some way to see all the available cards in the game. This would allow for long term planning as there is no facility yet to change the allocation of S.P.E.C.I.A.L. points. To improve this, I would keep the random cards from packs and show but not allow equipping cards you do not have unlocked.

So, to give my final thoughts after the first week of testing is that it has been immensely enjoyable for me. That is the key point however, if you are looking for a pure single player experience with NPCs and what not like in New Vegas or Fallout 4 then this game may not be for you right now. At least until modding and private servers come out later down the line. If, however the idea of a new storyline to be played with friends or solo, amongst other players that you rarely meet, sounds like a fun time to you then this game might be a good one to ask Santa for.